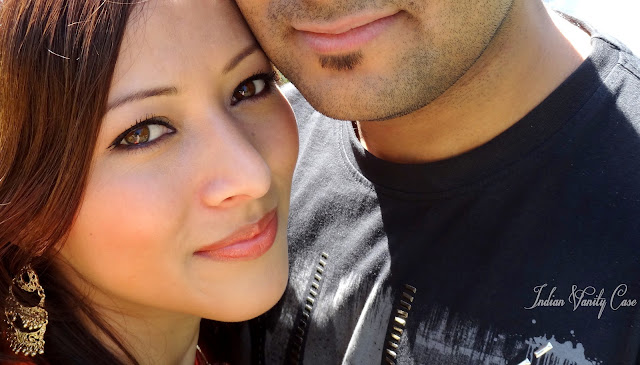 Things have gotten too official around here, so I thought I'd break the cycle by writing about something I have never done in over 2 years of blogging.
I know a lot of you have asked me to put up my hubby's photo here, but I prefer to keep my personal life & family private and out of the internet. Then, while I was editing this photo, I got the idea of doing this post. It's only a glimpse of Mr.CZ, but now you can get an idea of what he looks like.
How We Met: My roommate was dating his friend...we all went out clubbing one night....so we met.

No, we didn't start dating right away. Because, he had a girlfriend & I had a boyfriend- back in my hometown.

Instead, we decided to meet after a year at a certain place....to see where we both stand.

There was a lot of heartbreak during the time....I couldn't wait a whole year!

Neither could he, coz he called me a week later....we met....and nothing else mattered.

That was over 8 years ago.

We've been together ever since.

Well....not always. We had plenty of drama break-ups.

About him:
♥  Punjabi. From Delhi.
♥  He likes video games & makes them too.
♥  Very dry skin. He likes Nivea Creme a lot & told me to tell you all that it's the best for dry skin :)
♥  Lips prone to chapping. No, he doesn't listen to me when I say put on lip balm/Vaseline. Being a lip balm addict myself, it drives me c-r-a-z-y!
♥  Thick, black hair.
♥  Long & thick lashes. I always wish we could swap.
♥  Virgo. Neat freak, perfectionist, punctual, fuss...err....dependable, kind.
♥  He keeps the soul patch for me (yes,they're my thang lol)
Hope you liked this lil' post guys. That's my love story haha.
My lippie: Maybelline My Mahogany & Illmasqua Sheer Lipgloss Torture on top.
My Blush: Bobbi Brown Cabo Coral Pot Rouge