Since I'm such a BIG fan Bourjois, I've been asked a lot of times about what I think about their blushers. I've bought just one blush before now, which was Bonne Mine 13  , a pretty shade but looked too red on me, so I decided to make it a prize in my first ever giveaway  last year


Then after that I was too busy buying their 'new launches' until last week. I got 2 of the little round pots, and now I want ALL of them :P

~ A little about the history behind these little round pots ~ 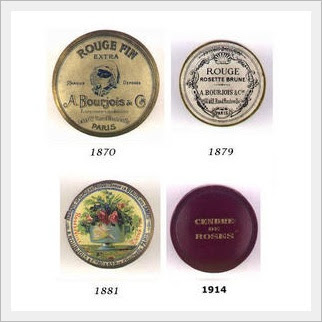 Source: Bourjois website
It all started in the 19th century, when Alexander Napoleon Bourjois began making light quality stage make-up for actresses, because he thought thick and messy greasepaint made of fat resulted in a mask-like effect.  The first dry powder make-up was called 'Rouge Fin De Theatre'
Then in 1863, he created a baked 'dry' powder that was perfumed with a delicate rose scent, which was made accessible not only to actresses but all women in decorated cardboard boxes (which I think I would like better) The blusher was dry-baked in a dry room in the Bourjois factory in Pantim, a suburb in Paris.
However, the dry baked  blushers were given names to describe their colors until 1879, one of the first being 'Rosette Brune' Can you believe this classic shade still exists today??? It's now called 'Cendre de Rose Brune' (3rd in the pics below) I didn't know! Otherwise I would've bought it without a second thought!

You can read more about the history in the Bourjois website. On to the blushes......


There are matte and shimmery with golden flecks Bourjois blushes. The ones with gold shimmer are all the ones with the word "d'or" at the end. 'D'or' means 'golden' in French.
Here are 15 shades of the blushes available in India. ENJOY!
(You can click on all photos to enlarge) 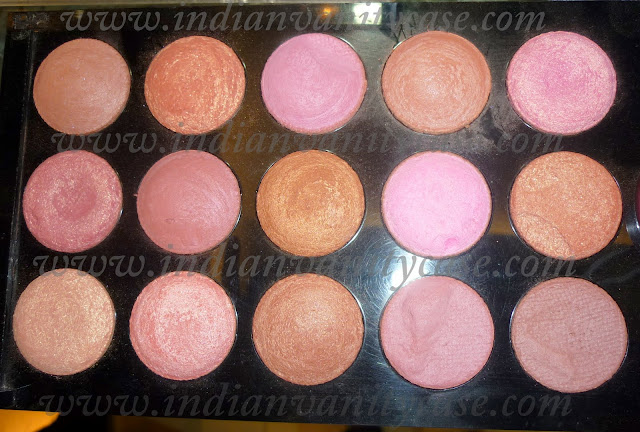 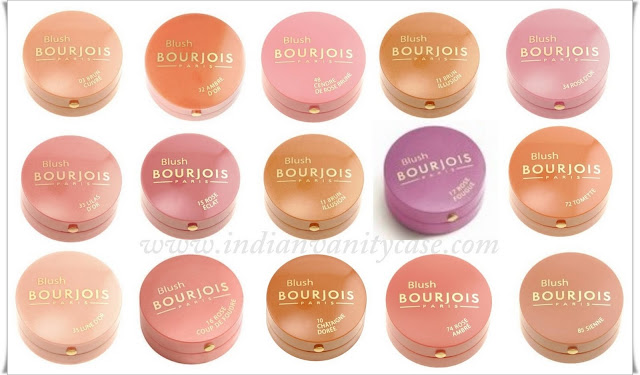 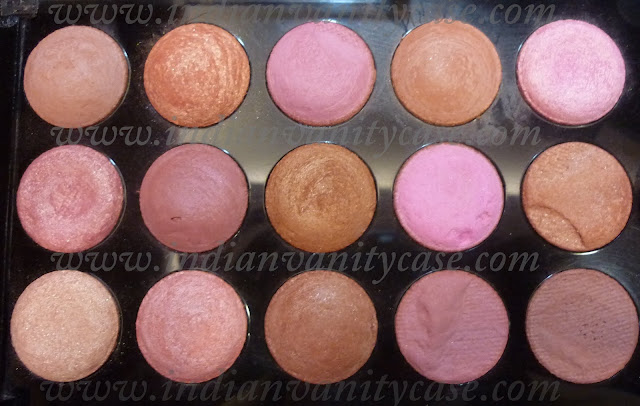 
With Lune d'or it was love at first sight. It is so gorgeous! It would work as a blush or a highlighter. 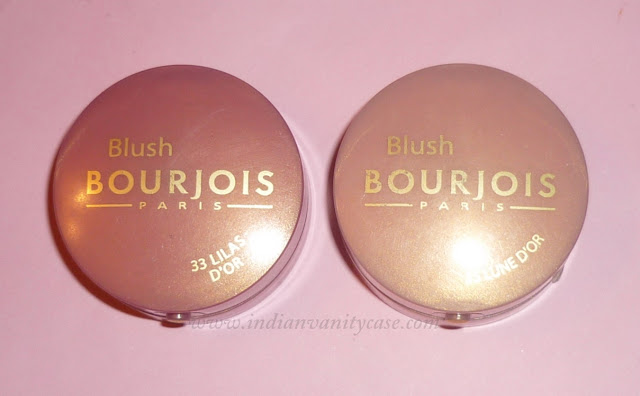 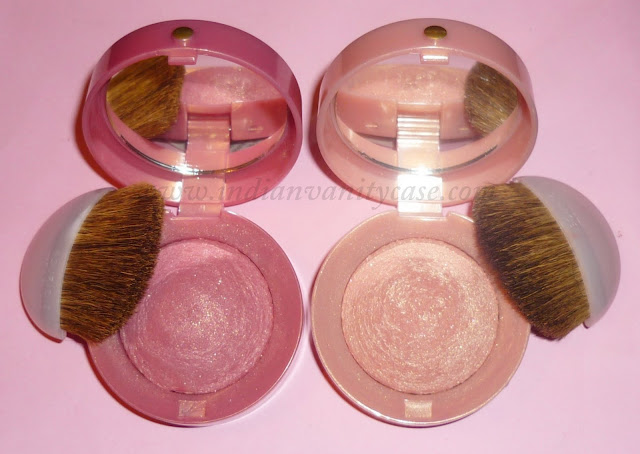 More photos for you, just in case you're still confused about which one you want =D 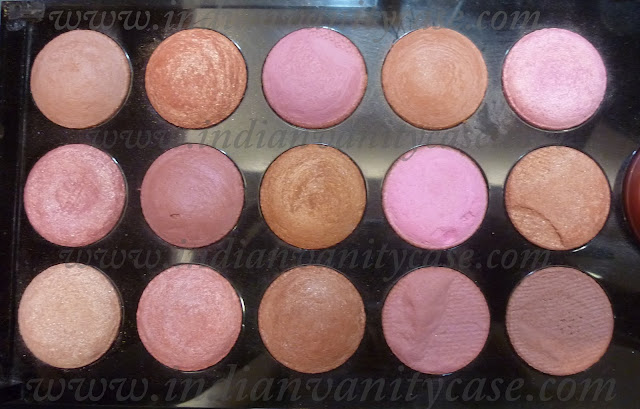 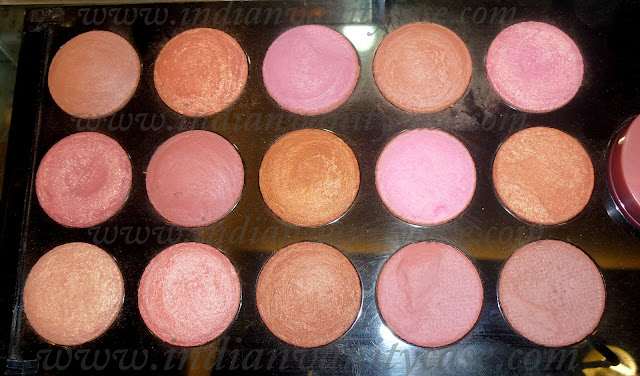 Email ThisBlogThis!Share to TwitterShare to FacebookShare to Pinterest
Labels: Blush, Bourjois, Bronzer, Look out for...