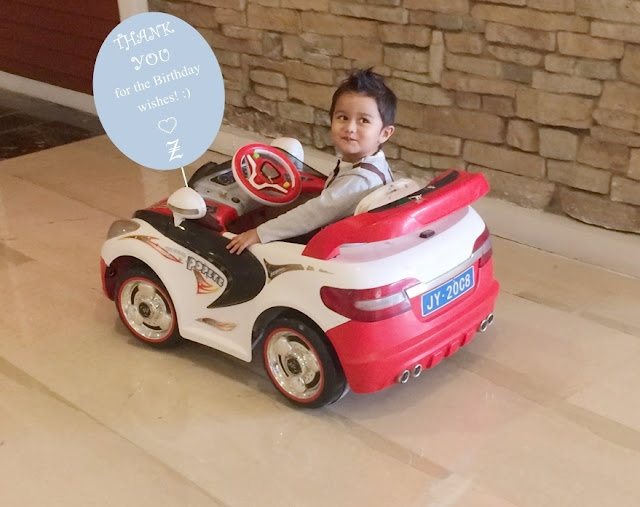 He sometimes likes to hold my foot when I'm feeding him. He'd be sitting on his highchair, and then he'd suddenly point to the floor asking me to do something, then I'd realize he's asking me to lift my right foot on to his chair so he can hold & pet it - like a cat.

He thinks the Eiffel Tower is a Giraffe.

He calls out, "Mommy! Mommy! Kissee, Kissee! Come, Huggiee!" , and stretches out his arms.
I'd rush to his side filled with affection for him & when I get there, he'd tell me to change his  Youtube video! 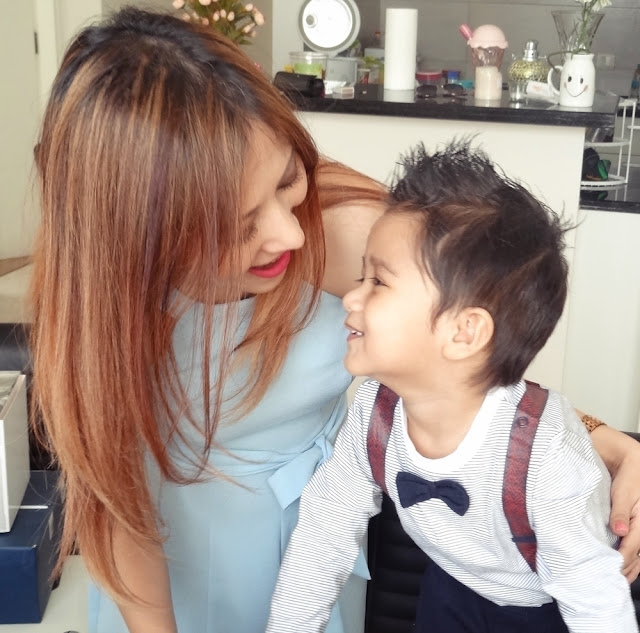 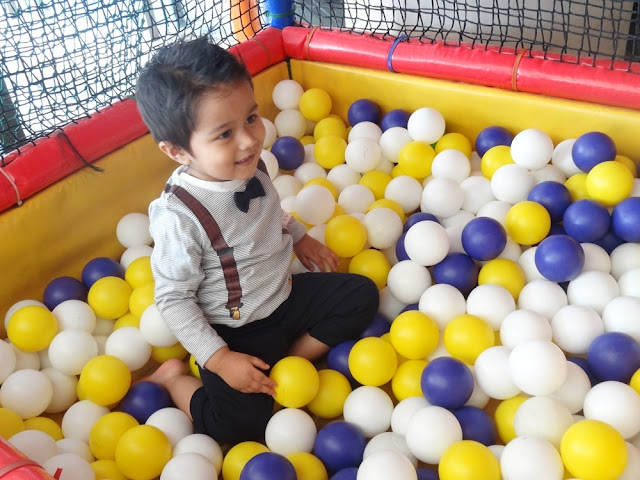 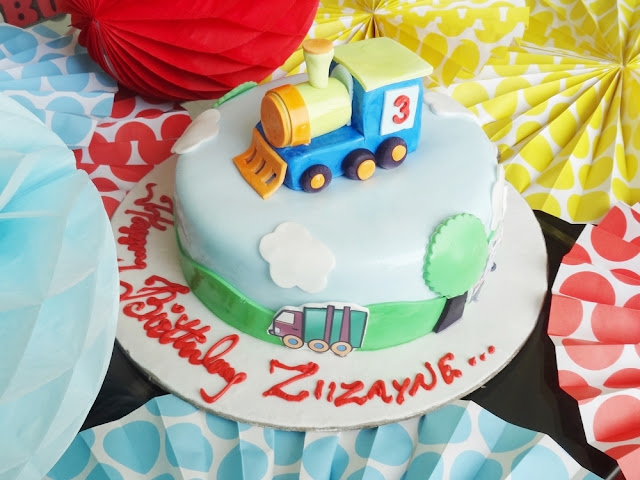 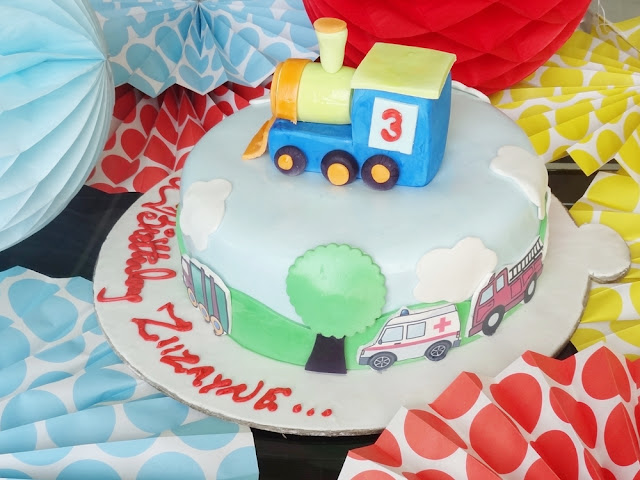 From Angels In My Kitchen.

I HATE the writing on this cake! As someone who takes hours to select the fonts for something, this one just doesn't suit the cake. At least now I know this area is something I need to customize & pay attention to next time. 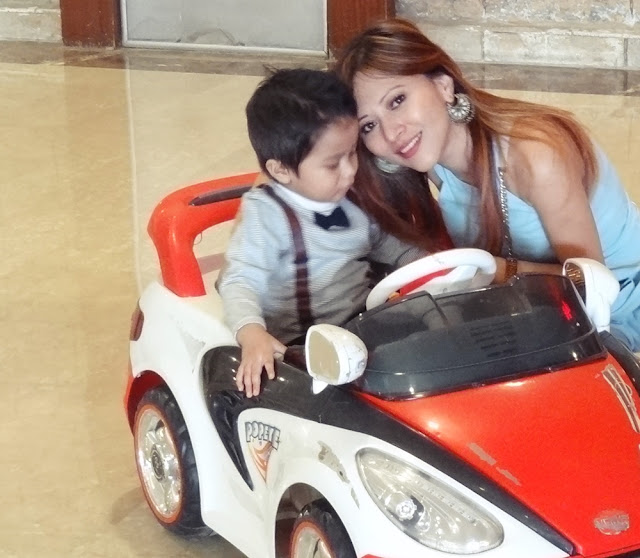 So sad I had to crop my outfit, simply because I didn't sit like a lady ;p 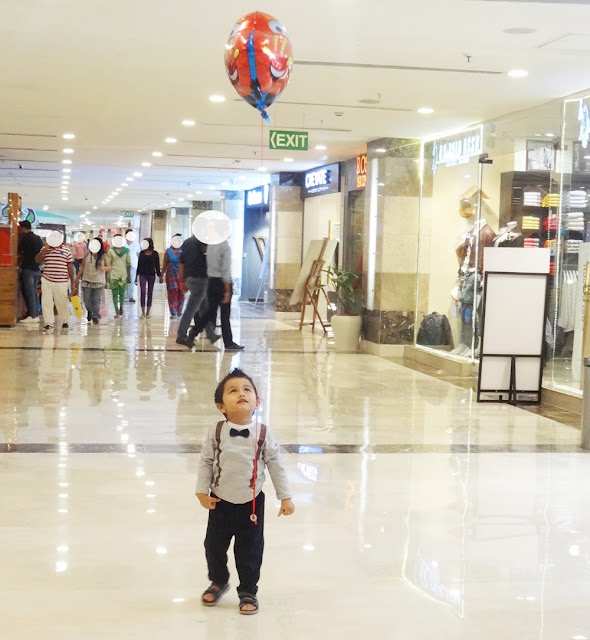 If you're wondering why not loafers to match his outfit? That's because he refuses to wear new shoes. He's got a variety of shoes, even Cars & Batman Crocs. He gets weirdly attached to the shoes he's used to wearing, and wants to wear only these & a pair of Chhota Bheem Fake Crocs that were for only 100 rupees from a market in my hometown!

A lil' Instagram video of him looking for his birthday present at Hamley's.....

He did pick a Hot Wheels Stunt & Go Launcher, some small cars, and one of those Magic scooter-type cars was delivered that evening. I did plan from a long time ago that I'd get him an electronic car for his 3rd birthday, but the ones at Hamley's are all schmancy 25k Audi cars! So I'll get him something cheaper online - maybe until Christmas. That'll be his ultimate BIG TOY! =D

Thanks again to everyone who sent birthday wishes his way.
Hugs & kisses to all of you! :* :* :*