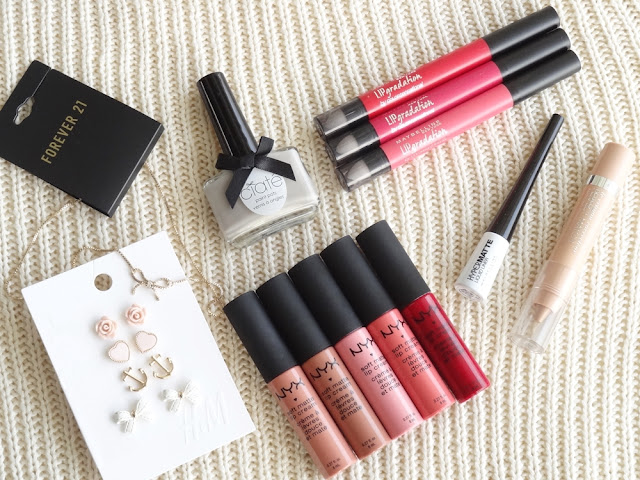 So late, I know, but I was rarely home these last few weeks. My brother and his family were staying over, and we were always out and about.

I am so very happy 2015 is gone, because it was the worst year of my life. I went through some things that weren't good for me, and I had somehow lost myself. Okay, enough of that. Closed book.


This year feels different already. Another chance to start over, and live the life I want to live.

But it started off with a weird, life-threatening, surreal incident.....

It was a Sunday, around 11 am. We were having breakfast. Me, Mr.CZ, Baby CZii, and my sis-in-law. My bro was taking a shower and my nephew was asleep in the adjoining room. My SIL was having lunch, actually, and the 3 of us were having late breakfast, because Baby CZii slept till late, and we were happy to join him. I thought I heard a knock:

Me: 'Is someone knocking?'

I looked towards my left and saw a BIG father-type monkey strolling in! Casually, like a sibling who woke up last. He headed towards the closest end of the table, where my SIL was sitting.

Now the monkey has climbed on the table and inspecting my SIL's plate of food.

Mr.CZ: "Yes.", and he goes to unstrap Ziizayne from his high chair.

I slided open the balcony door, and went out. I run to the other end of the sliding door, where my SIL was supposed to come out from. She's just standing against the door.

Me: 'Why aren't you coming out! Open the door and come out!'

SIL: 'I don't know how to open this door!', she made a crying face. But she wasn't crying.

I opened the side I came out from, and she came out. I waited for Mr.CZ and baby to come out as well, but they never did.

To really understand this story, you need to know the layout of our house:-

Sometime in November: A monkey family tried to get into the house from the kitchen balcony door. I was home alone with baby. The father monkey aggressively banged & scratched the door like a maniac. His eyes, they looked human. He actually looked at me straight in the eye and ran his fingers along the edge of the sliding door to see if he could open it! I mentioned it a little in this post.

I opened the door and peeked in. The monkey was not on the table anymore. I could hear my baby crying loudly in the bedroom, which is at the far end of the front door. This moment was when I really felt fear. But I also felt like I have to be brave and go and save my family. You know, like a "hero feeling". In my head, I was taking the monkey's neck from behind & strangling it & poking its eyes with my nails.

I walked to the middle of the room, and the monkey was there, about 6 feet away from me, against the wall opposite the guest room door (where Mr.CZ was). The front door was wide open too.

Mr.CZ: 'I opened the front door, but it's not willing to go out.'

The damn monkey didn't move and kept sucking on the orange. What do I do? what do I do? There's a rolling pin in one of the bottom drawers in the kitchen.

I went to the kitchen and grabbed an orange. I went back and aimed the orange at the wide-open front door - like bowling. I can be extremely bad at bowling, by the way. Like, the ball would just stop halfway. But that day.... I was smooth, baby. The orange rolled swiftly, in a straight line...

The monkey looked at the rolling orange, but it didn't look interested. It continued sucking the orange in hand.

The orange bounced on the front door of the apartment opposite ours, and stopped. This was when the monkey ran out.

Mr.CZ ran to slam the door shut and locked it, while the monkey caught the orange with his mouth.

Later that same day, there was a half-eaten orange just outside our front door. The monkey did think he'd come back into our house -maybe only to go out the same way he came in from. But who knows!

To sum up the story:

How did the monkey get in? The previous night, Mr.CZ & I were sitting, chatting and listening to music in the guest room, because it's furthest away from the bedrooms, where the kids were sleeping. Mr.CZ had shut the balcony door, but he'd forgotten to lock it. It's one of those confusing handle locks that you lift up, turn left, turn right, press down. But one thing's for sure  the monkey had done it before. I mean, he walked in like a pro intruder.

What Mr.CZ did: He unstrapped baby, went straight to the bedroom, and put him in the crib (which baby hates & associates it with punishment, that's why he wailed like a hurt/scared puppy, poor thing!) Then he shut the door tight & came back out.

*WITTY MOVE #1: He needed to go back to the guest room and lock the door, so more monkeys don't come in. This thought didn't even cross my mind! I forgot these father-type monkeys have families!

*WITTY MOVE #2: By the time he reached the dining area, the monkey was in the kitchen. So Mr.CZ took one dining chair with him before heading to the guest room. The whole time, he held the chair like a shield, and he was ready to slam the monkey's head with the metal legs if he had to. Yes, the monkey did bare his fangs a few times as a warning.

*WITTY MOVE #4: Telling me to throw an orange.

What he could have done (we thought later): There's a lock on the kitchen door. So he could have locked the monkey in there till help arrives. BUT it's a small kitchen, and if you go grab the door, you go near the monkey, so it's risky.

Phew! Long story. I hope it was easy to imagine, and please forgive me if there are any typos and grammatical errors. By now I'm too tired to re-read it =D 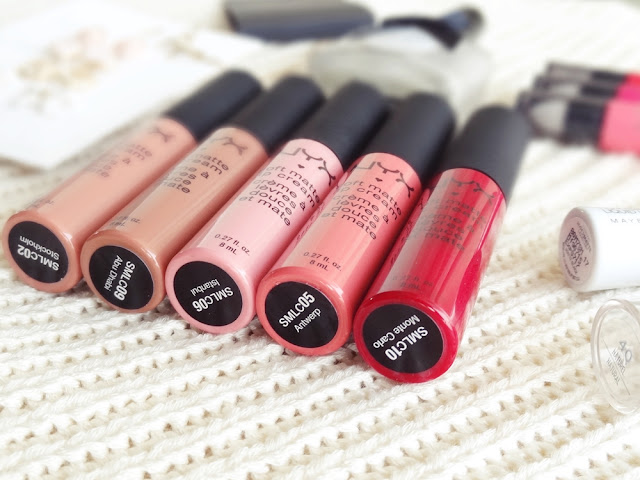 NYX Soft Matte Lip Cream: Sephora finally re-stocked these after a very long time - probably over a year, or so. I wanted to get more shades, but since they hiked the price, I only got 5 shades:
Stockholm ~ Mid-tone Beige Pink
Abu Dhabi ~ Deep Rose Beige
Istanbul ~ Clean Pink
Antwerp ~ Mid-tone yellow-toned pink
Monte Carlo ~ Deep Cranberry Pink
Price: Rs.710 each from Sephora

Maybelline Lip Gradation or Color Blur in some parts of the world: These are lip crayons with a sponge on one end. Basically, you can use the sponge to create an ombre/gradient look - Korean style. Launched in 8 shades. I got 3 - Coral1, Pink2 & Red2
Price: Rs.500 each from Lifestyle

Ciate Paint Pot in Sharp Tailoring: Shimmering Oyster Beige shade. I got this 40% Off at Sephora.
Price: Rs.1000 Rs.600 from Sephora 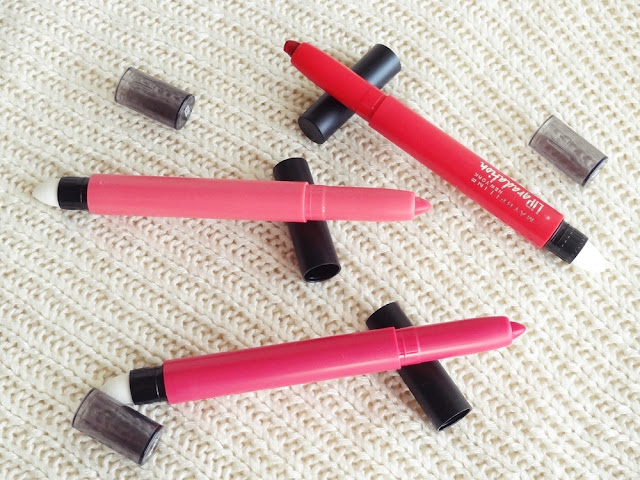 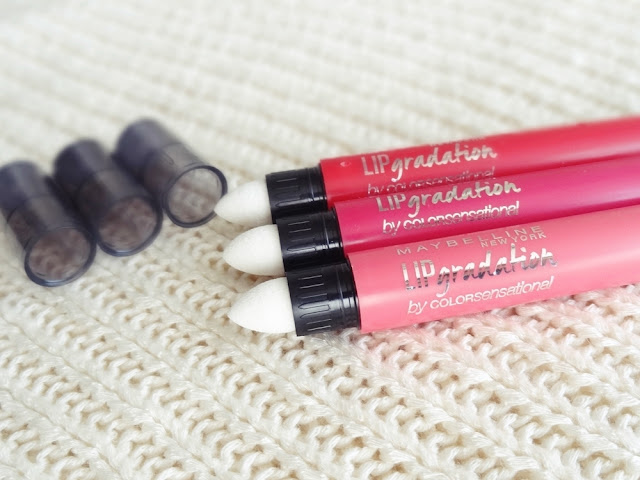 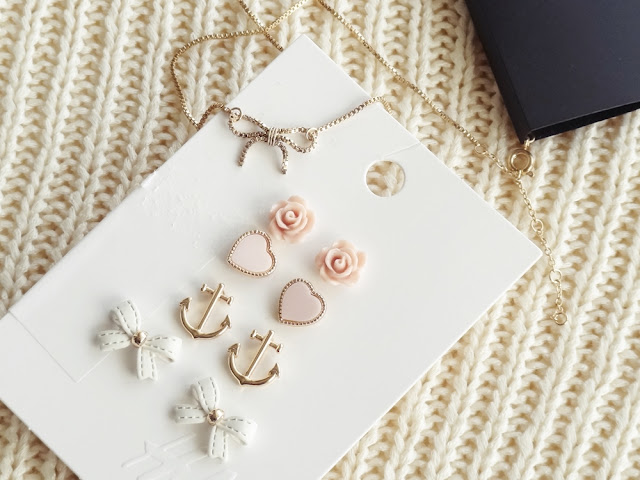 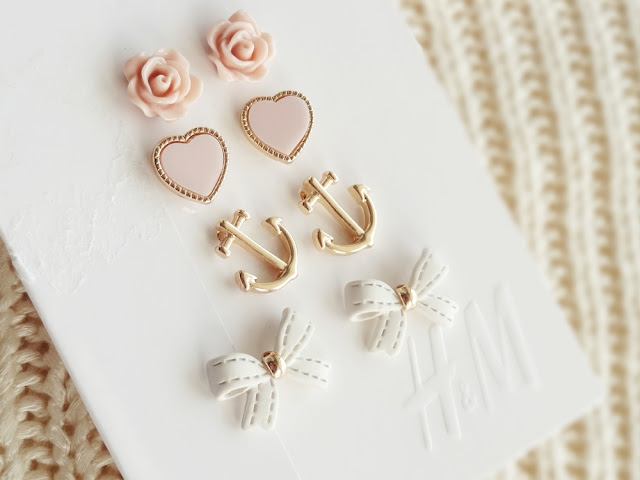 That's all for today. I will be back with lots of posts shortly.

Right now, we are looking for another apartment, and we'll be moving out of this place before the end of February. I did say we were moving out of this city a few months ago, but that didn't feel right, so we have decided to stay in Gurgaon for a few more years.