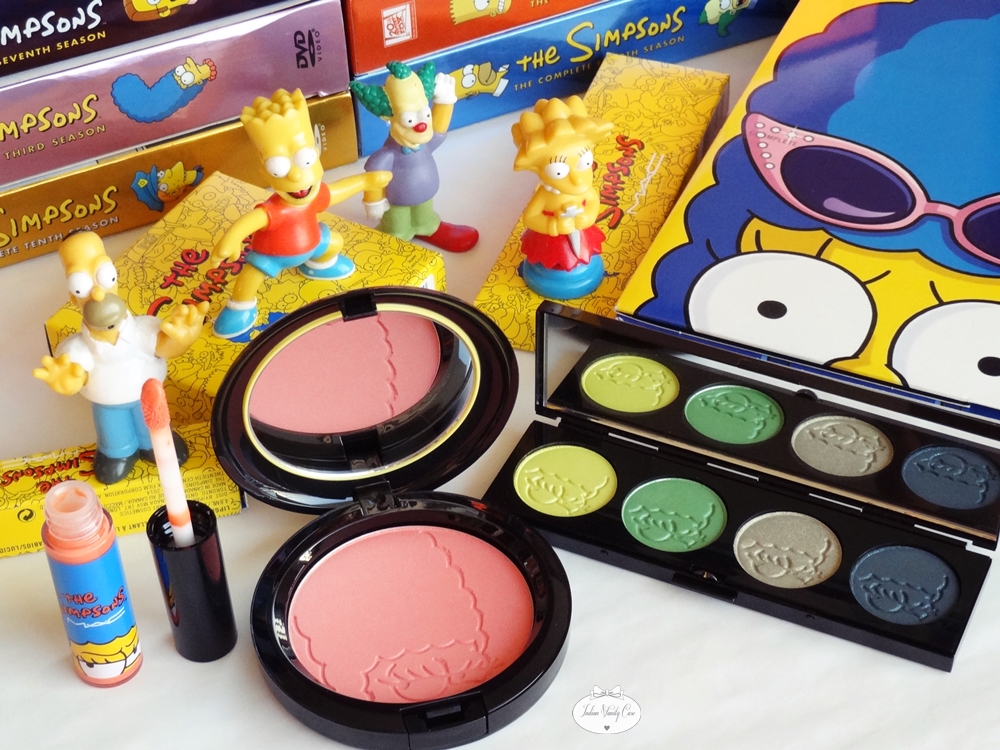 I'll admit, I'm not much of a Simpsons fan. I found them cute and all, but I never really watched the series. Then I met someone who's hooked to the show - my Mr.CZ. Boy, is he obsessed! Yes, all the DVDs & figurines in the photos are his. I remember he'd start laughing, and tell me about something funny Homer did/said ("Mmm....bacon.")

Even though I would never skip this collection, I'd say he wanted me have it more than I did. So, in a way, they're for him. Which is weird to say because we are not talking to each other right now.... haha! ;p


Anyways, I'll dedicate this post to him.....and all you other Simpsons fans! Hope you'll like the fun pictures, I really enjoyed clicking them. Cartoon makeup collections are so FUN!  =D 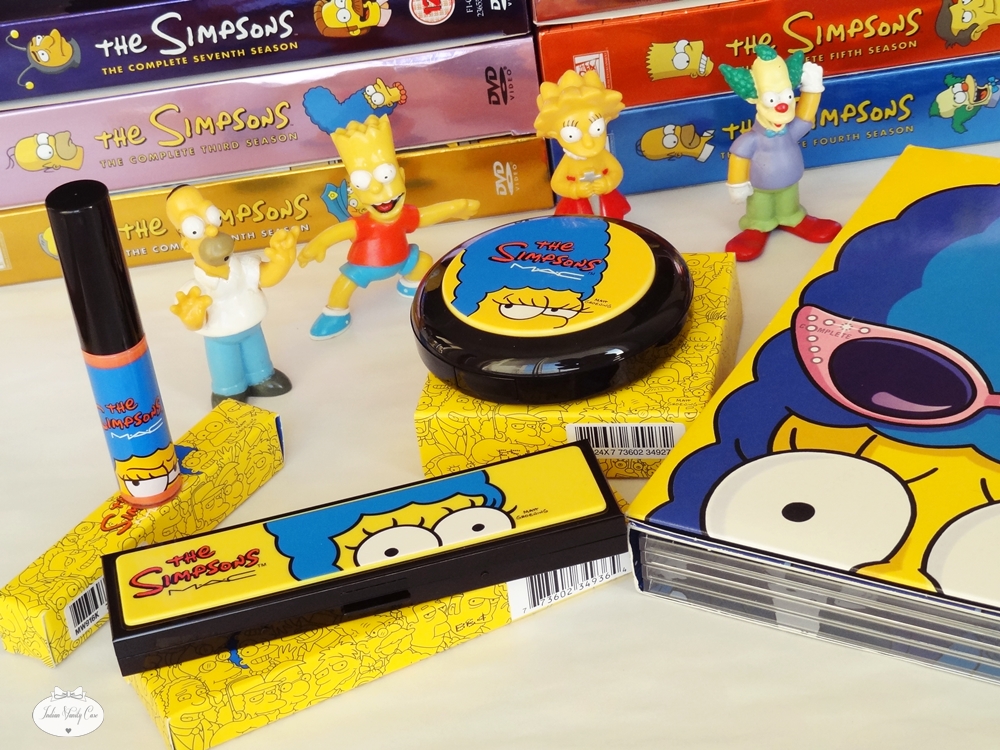 On the occasion of its 25th anniversary, M·A·C honours the one, the only, THE SIMPSONS. We are celebrating the country’s favourite animated family and its beloved matriarch Marge with a vibrant colour collection that screams That Trillion Dollar Look. Our classic formulas and finishes you love are to blue dye for with an animated twist. All in limited-edition packaging that can only be described in one word: Eeeeexcellent. ~ MAC. 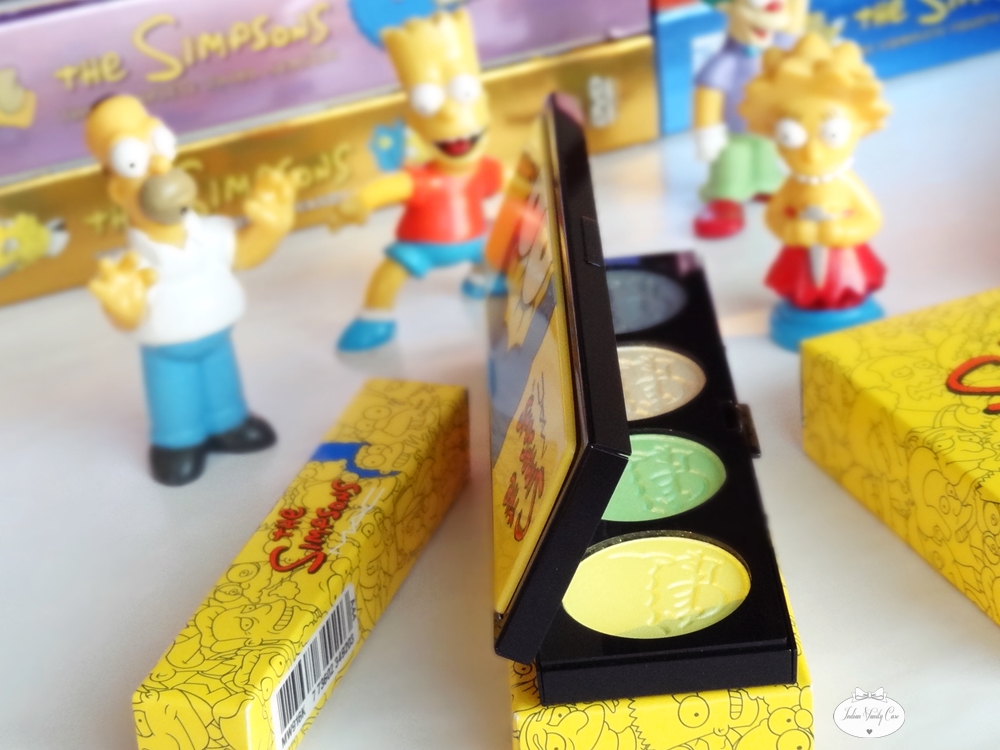 MAC The Simpsons That Trillion Dollar Quad Eyeshadow ~ I was really happy to see that the packaging of this is metal, not plastic. The eye shadows are soft, velvety & pigmented. The other quad launched is called Marge's Extra Ingredients Quad, which consists of pink/purple/blue shades. 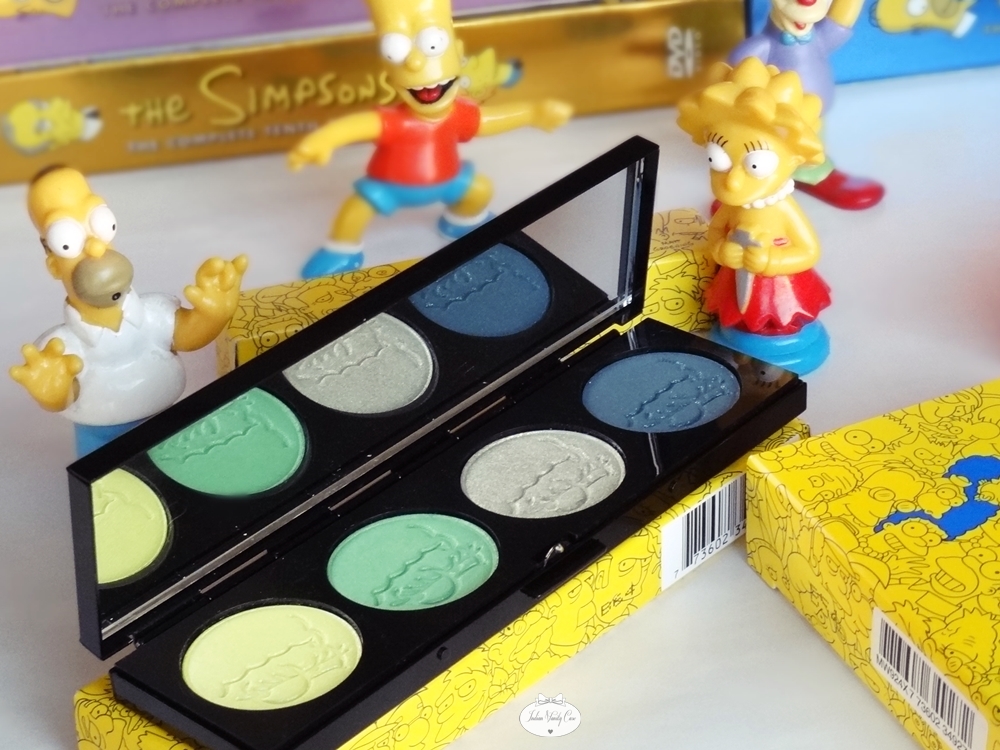 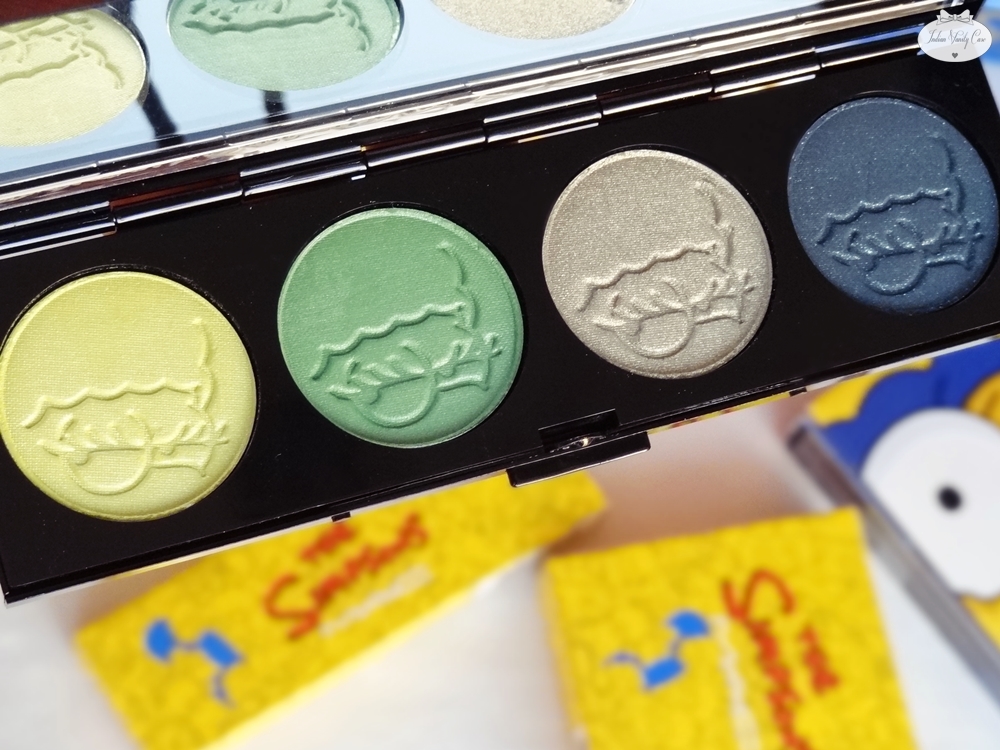 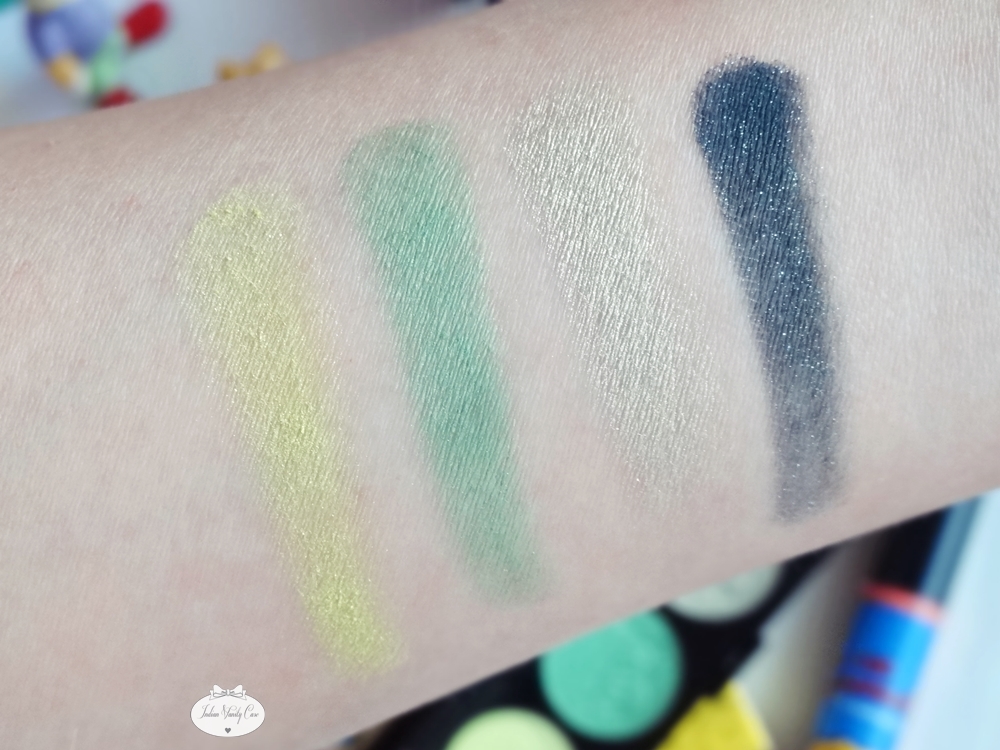 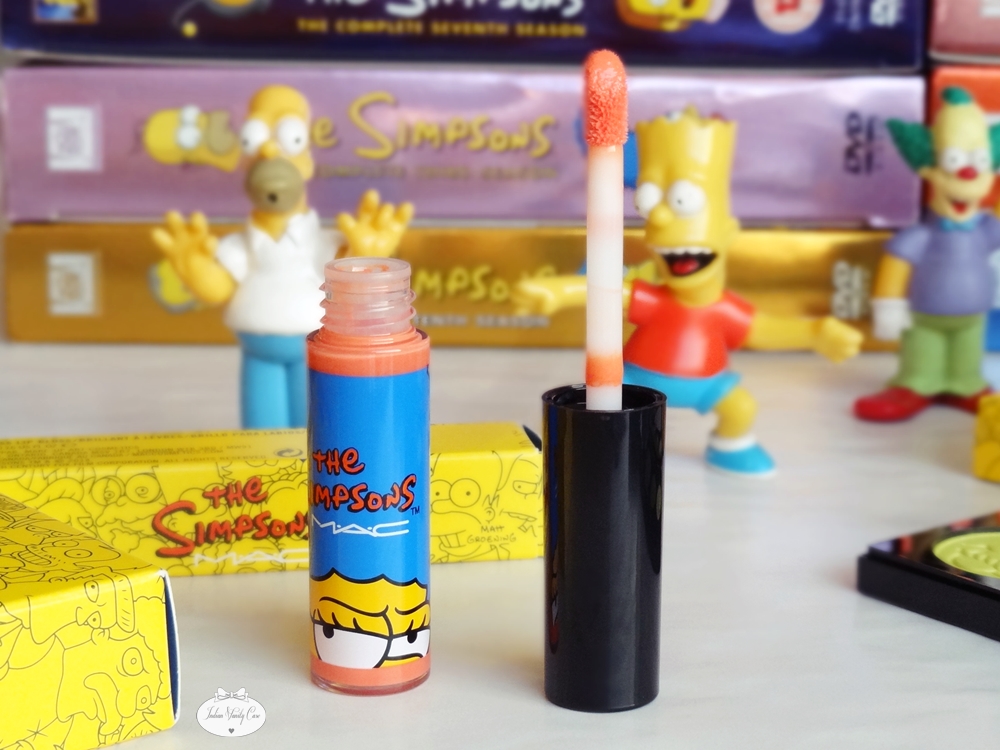 MAC The Simpsons Tinted Lipglass Grand Pumpkin ~ Bright Creamy Orange. I got this just as a 'collector's item'. I wish they'd made Lipsticks too! Available in 3 more shades - yellow, fuchsia & violet. 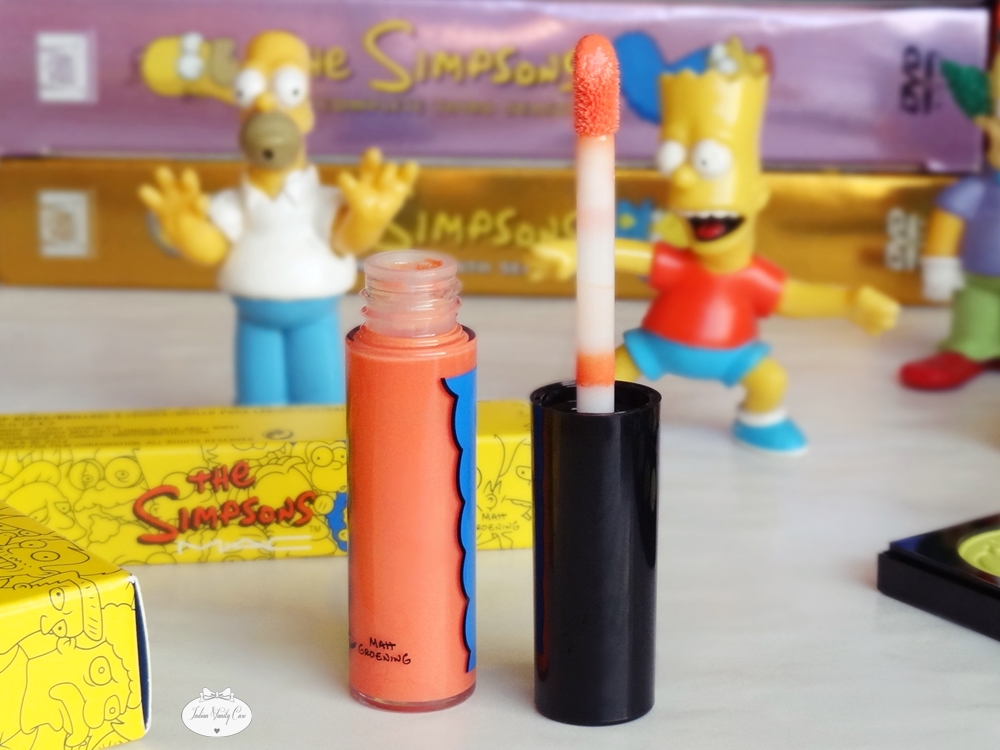 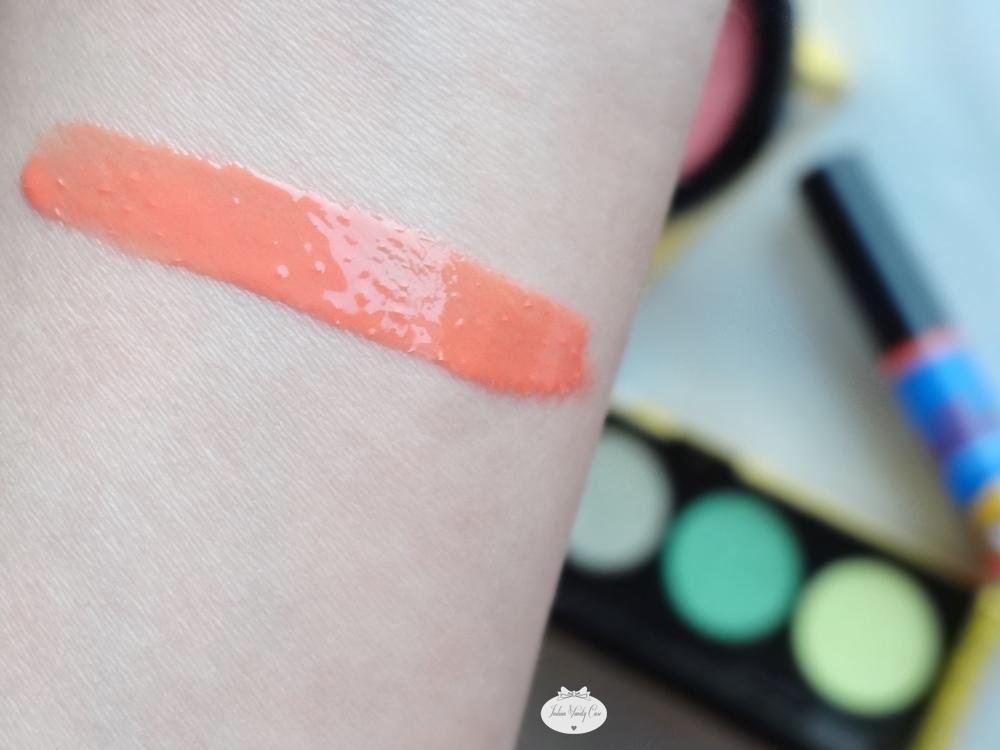 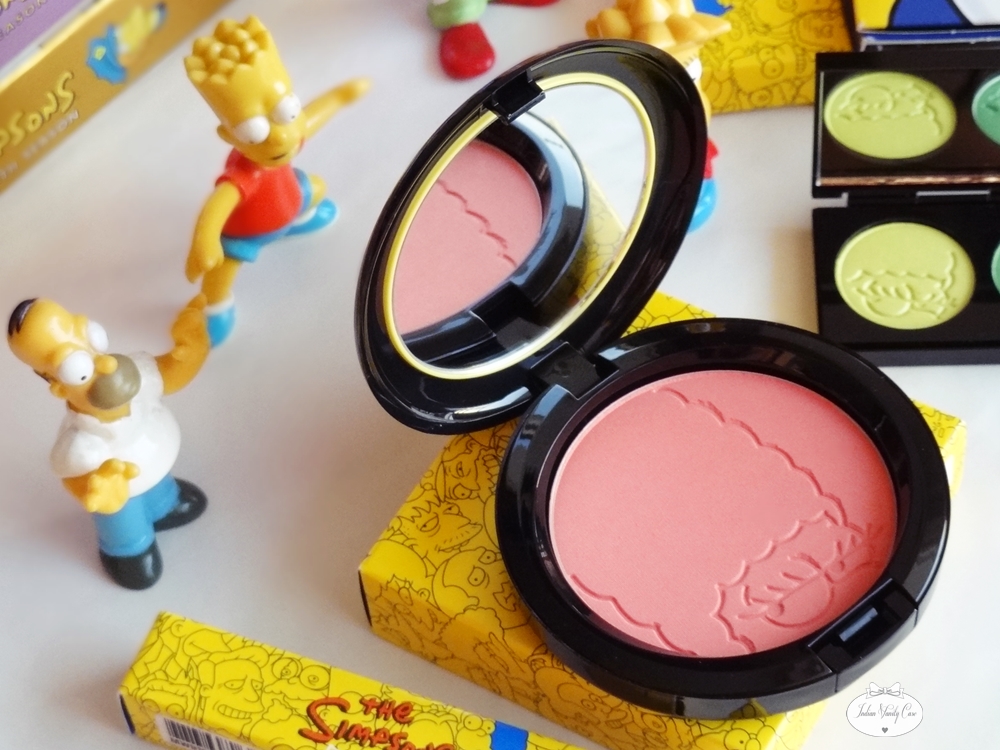 MAC The Simpsons Powder Blush Sideshow You ~ Light Peach Coral. My Favorite! The color is so pretty! The packaging is a little bigger than the regular MAC blushers, the size is the same as MAC Archie's Girls Beauty Powder.  The other shade launched is Pink Sprinkles (Cute Blue Pink), which is also pretty. 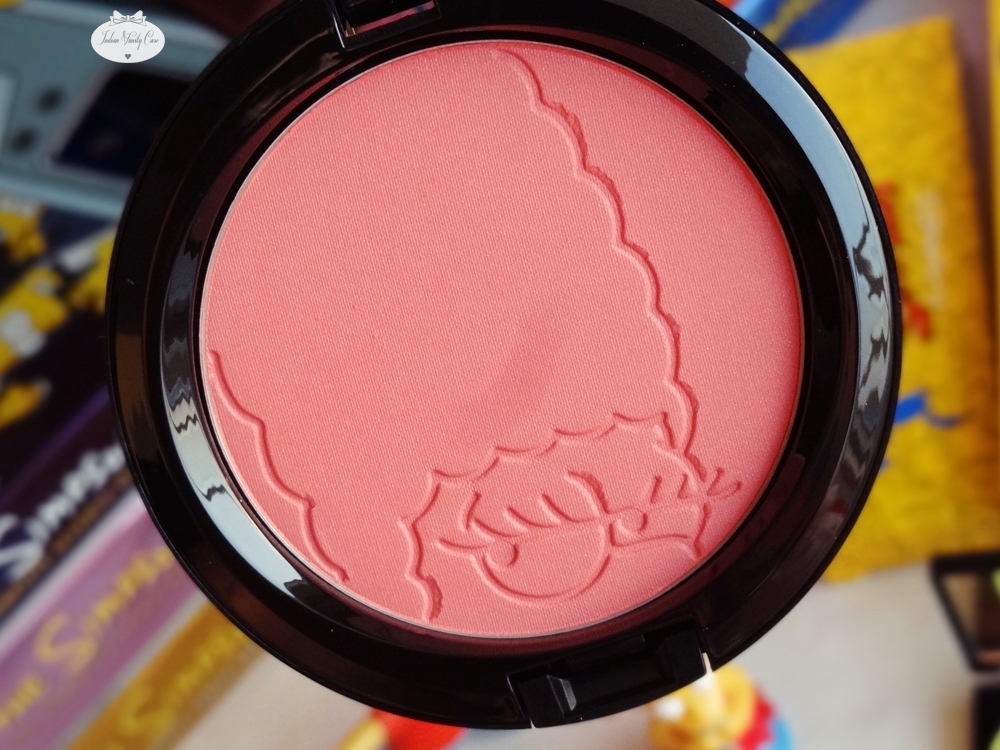 With Marge Simpsons' head embossed on it. I don't want to spoil it, but I will want to use it as well! 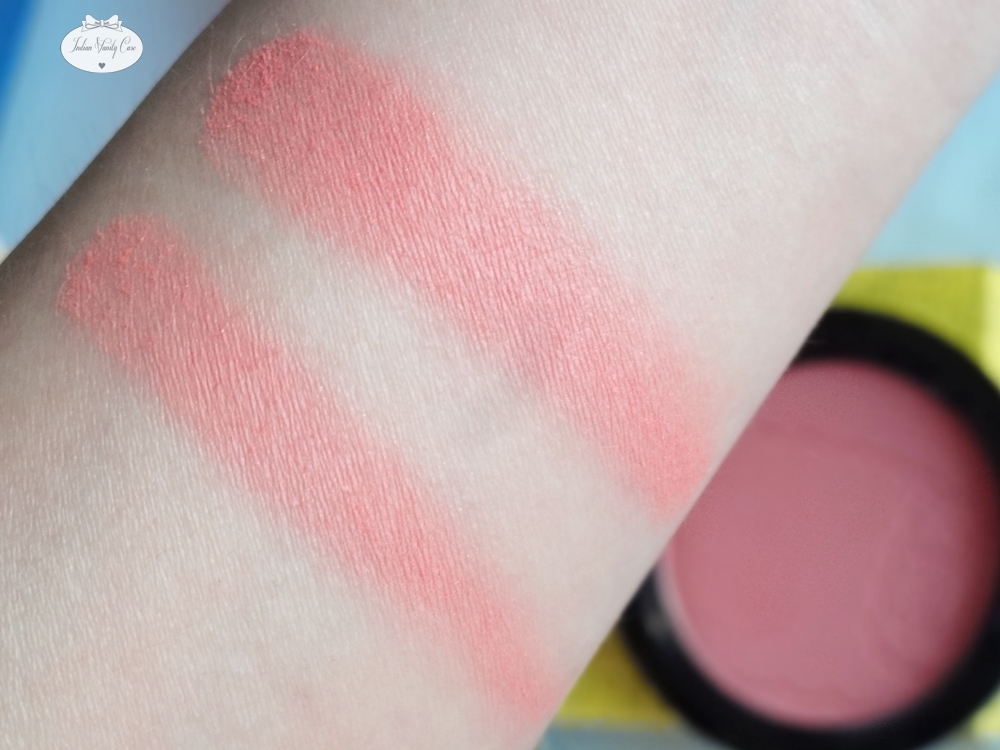 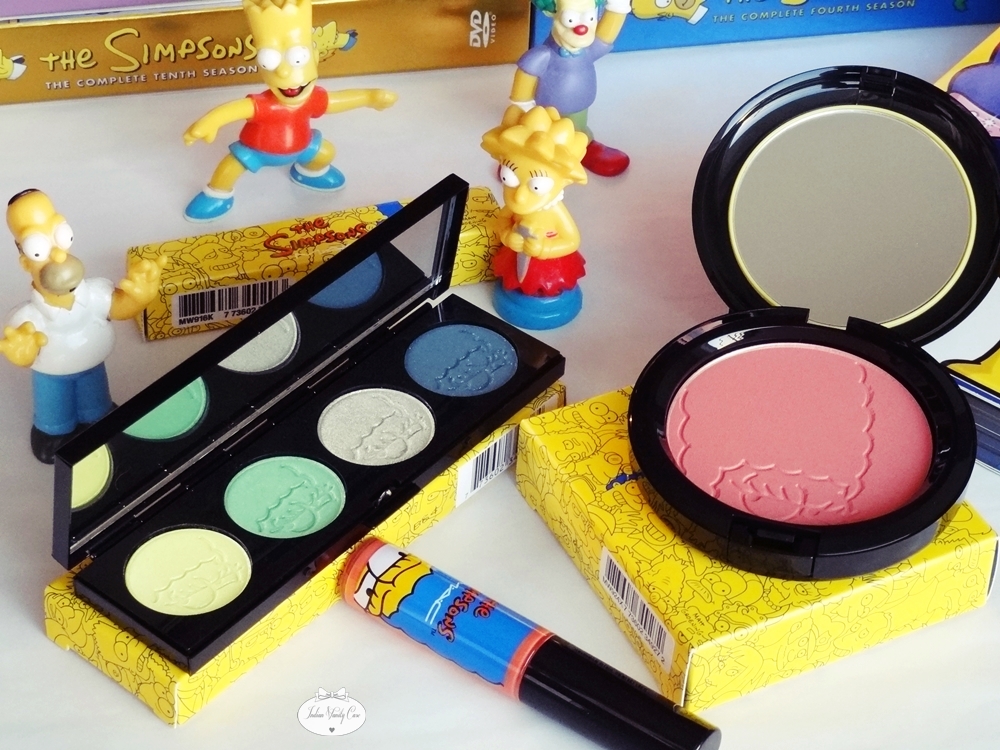 I adore everything, from the packaging to the quality of the products. If you had to pick just one thing to buy, definitely don't skip the Blush. Such a shame that the False Lashes weren't in stock when I ordered these. Btw, Nail Stickers are also available. 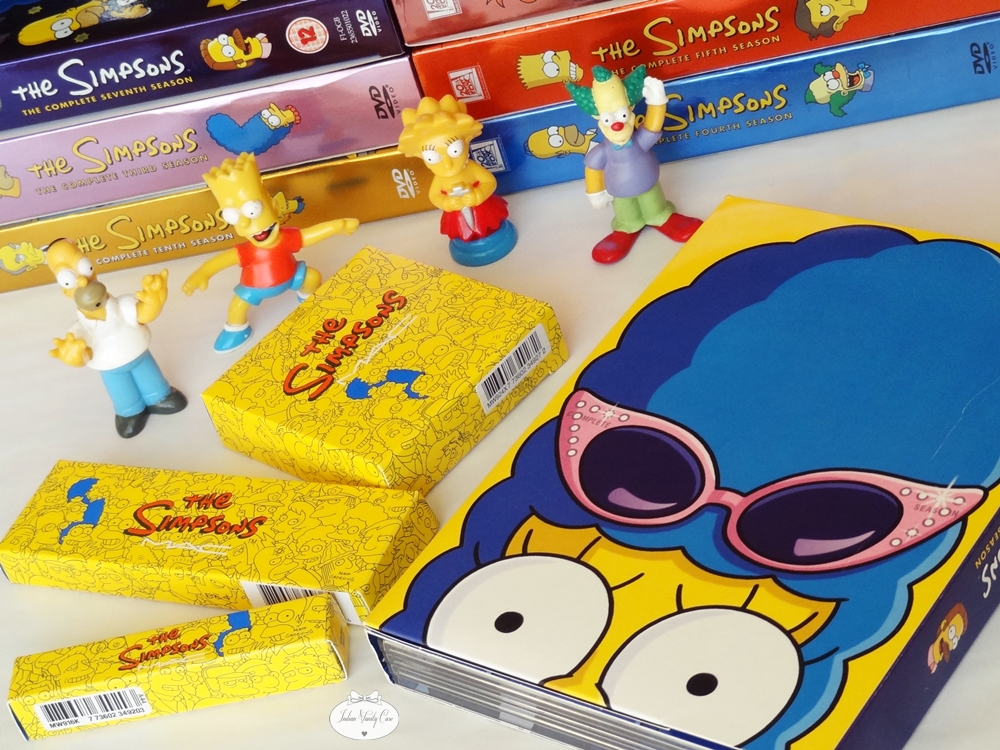 This collection is Limited Edition.

It has not been launched in India yet. I have no idea when it'll get here, but I will let you know when I do.

I ordered everything from MAC US Website, which does not ship worldwide. But I got it delivered to Aramex, a courier company that delivers to most countries. For this service, you have to pay a membership fee, I think. And yes, we had to pay Duty too when it reached India.

All these products will cost at least Rs.400 more in India, so altogether I think we paid about Rs.1100 for shipping & duty.

Happy Friday, everyone! Which are your favorites from this collection?

My other weekend movie recommendations are:
The Purge : Anarchy
Coherence
What Maisie Knew (More of a Sunday afternoon movie)
Adore  (Weird story, but I did not hate it.)