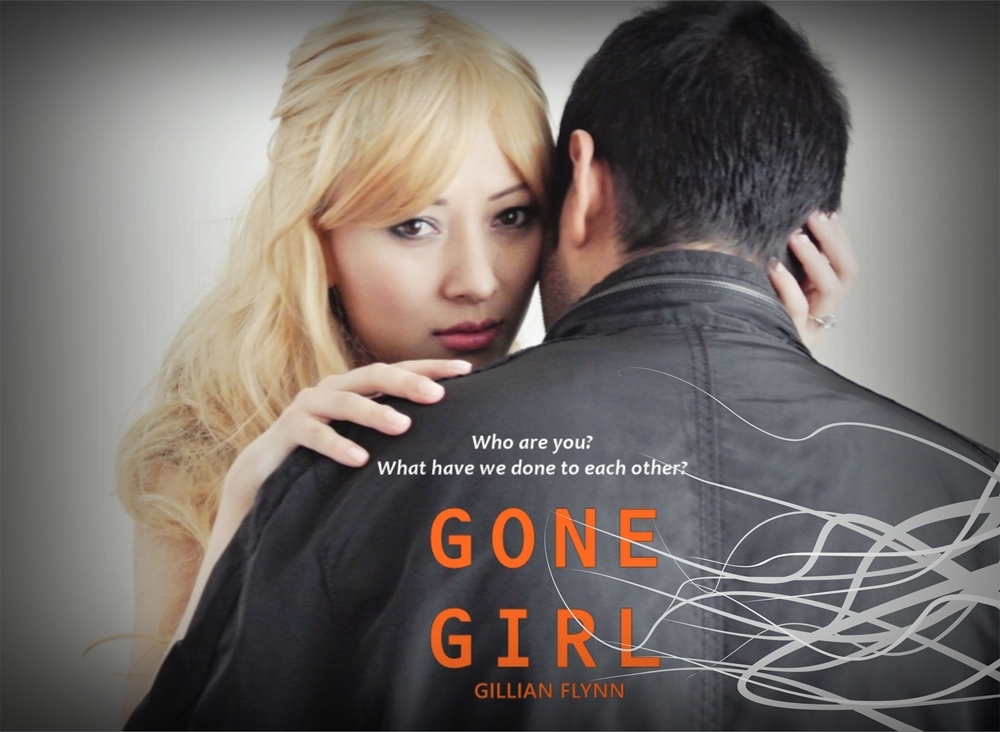 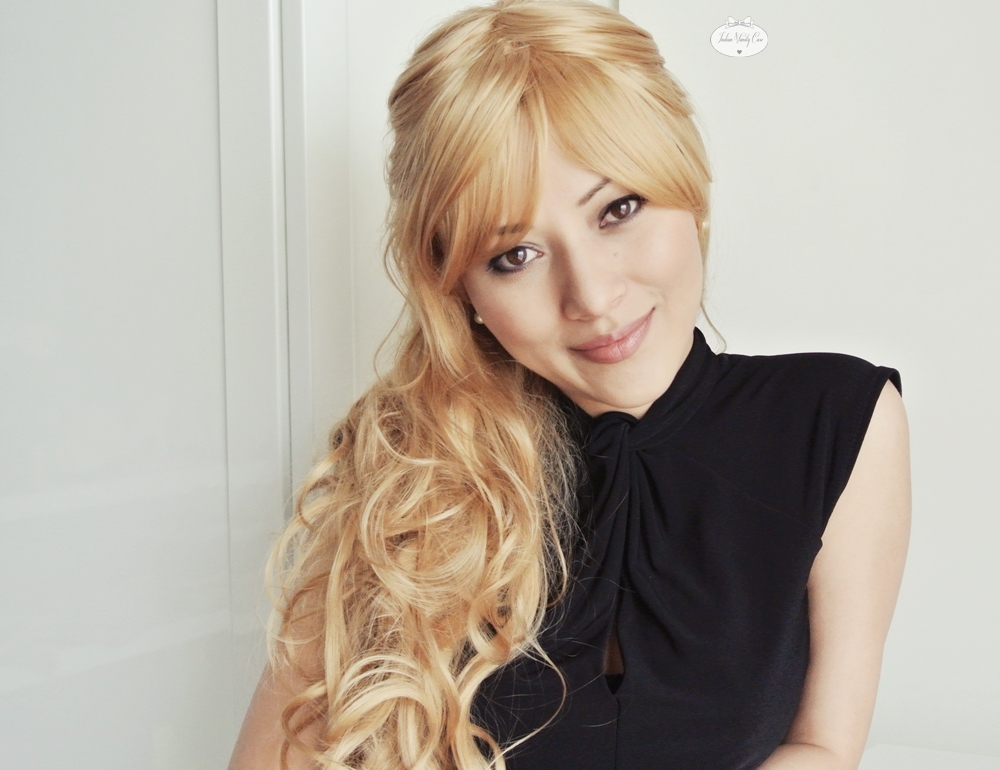 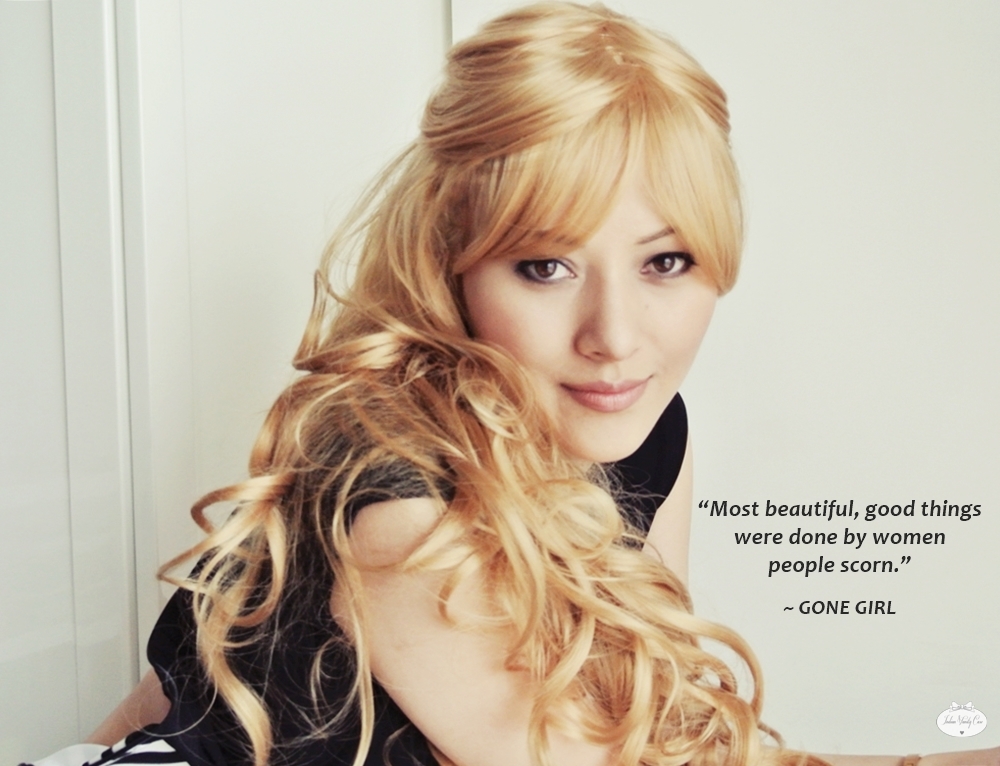 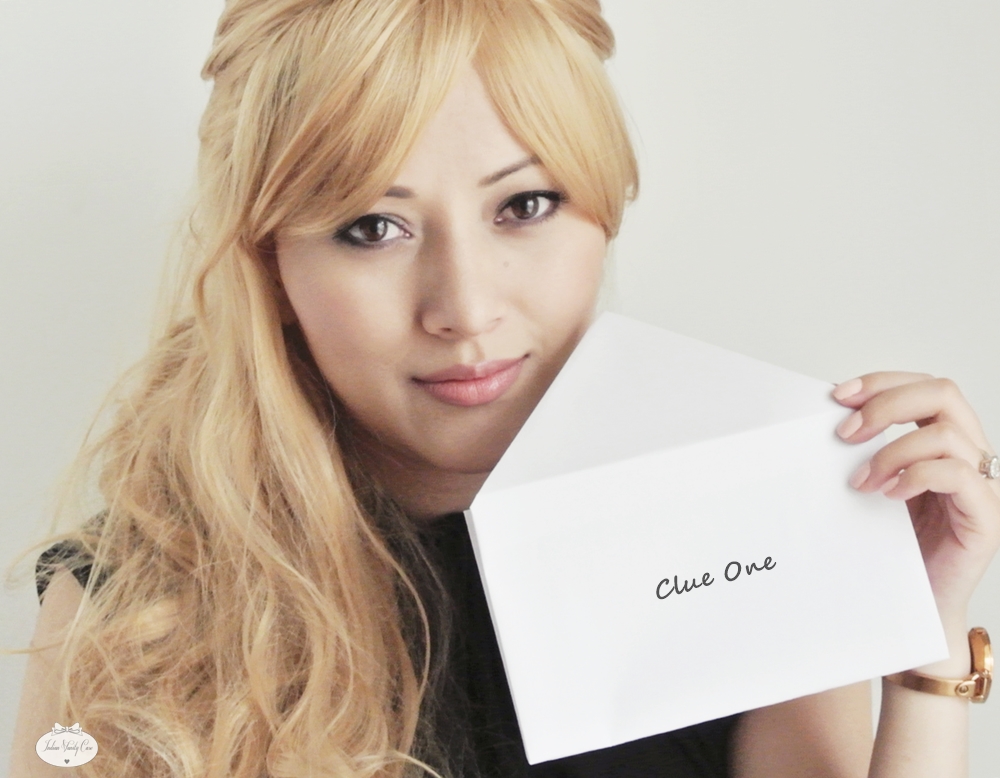 Every year, on their anniversary, Amy would send Nick on a treasure hunt, and she would leave clues & riddles for him to find. 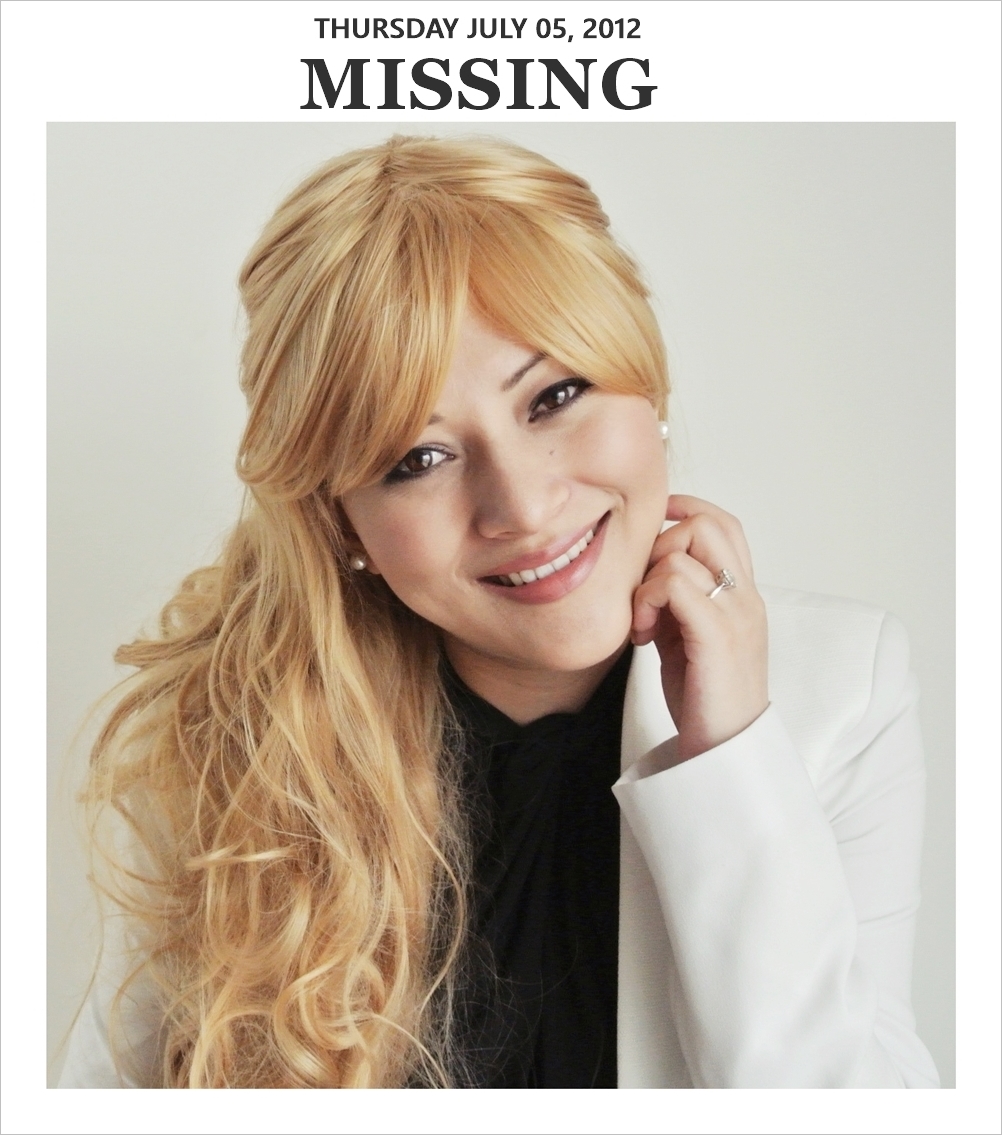 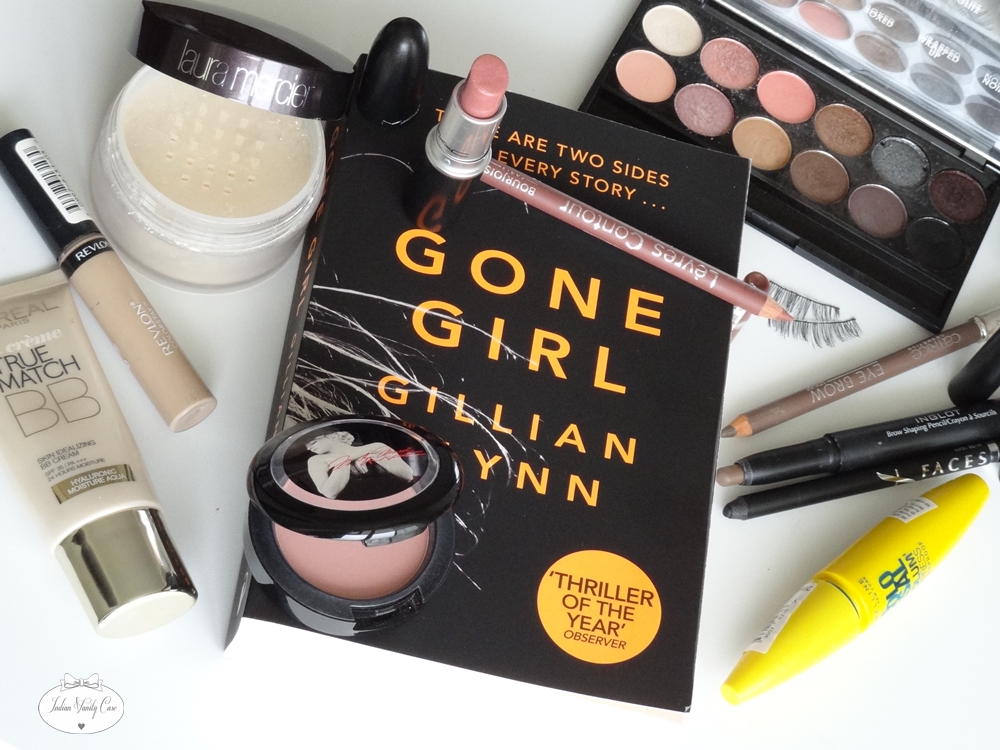 Wig from Ebay. Got this for another look, but decided to use it for this one. 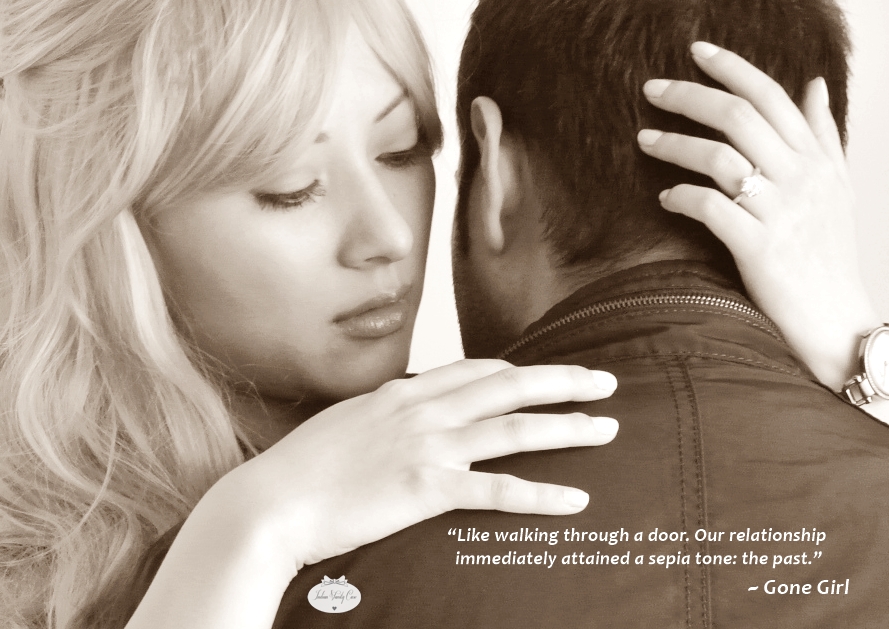 If you don't like reading novels, good news is this one had been made into a movie, which is scheduled for release on October 3, 2014. It's directed by David Fincher, the same guy behind The Girl With The Dragon Tattoo, so I have high expectations. Trailer:

Rumor is that the film will deviate from the novel, as its story will be structured differently. I read that the ending will be different in the movie, and I couldn't be more psyched. I didn't like the ending in the book at all! In truth, it made me angry. 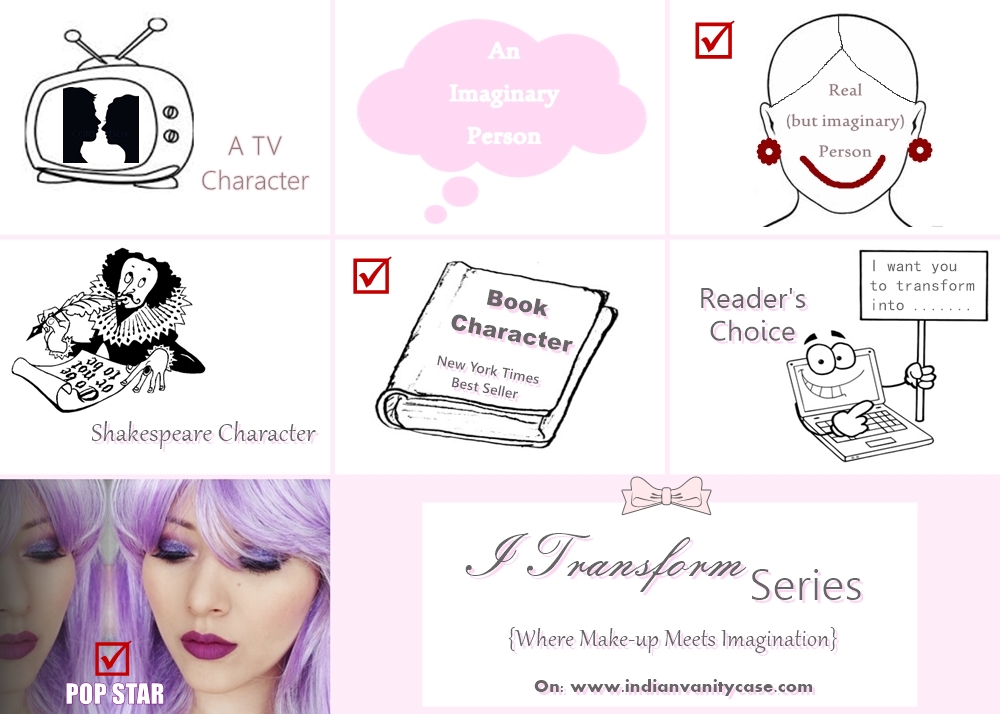 4 to go! I will try to finish all looks within 4 weeks.

Reader's Choice: I have picked my favorite from the requested ones so far, but feel free to suggest any other look if you want to.

In case you have forgotten, this blog turns 5 years old today! Gosh, I can't believe I've been blogging for 5 years! =)

THANK YOU ALL for reading. That's the reason I'm still blogging today <333

P.S. Yup, that's Mr.CZ. I'd described this photo session to him since last year. On  this day, he was like "Okay, let's get this over with. I'm sick of hearing about it." =D