The Girl With The Dragon Tattoo Inspired Makeup Look 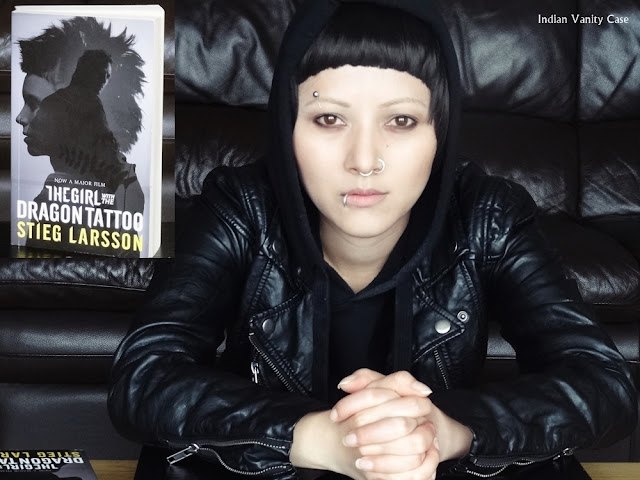 "A pale, anorexic young woman who had hair as short as fuse, and a pierced nose and eyebrows. She did not in fact have an eating disorder. She had a wide mouth, a small nose, and high cheekbones that gave her an almost Asian look. Sometimes she wore black lipstick, and in spite of the tattoos and the pierced nose and eyebrows she was ... well ... attractive. It was inexplicable." ~ Stieg Larsson. 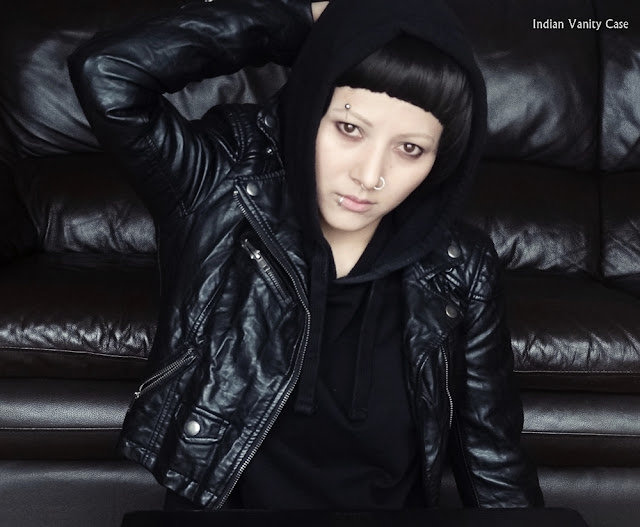 This is my attempt at recreating Rooney Mara's Lisbeth Salander look in The Girl With The Dragon Tattoo.

About the character: Lisbeth Salander is a world class computer hacker (under the name 'Wasp')with a Eidetic/Photographic memory. A survivor of a traumatic childhood, Salander is highly introverted, asocial and has difficulty connecting to people and making friends. She is particularly hostile to men who abuse women, and takes special pleasure in exposing and punishing them. 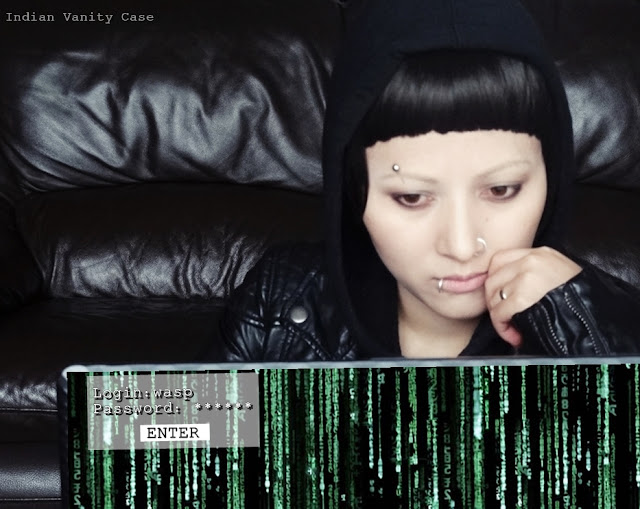 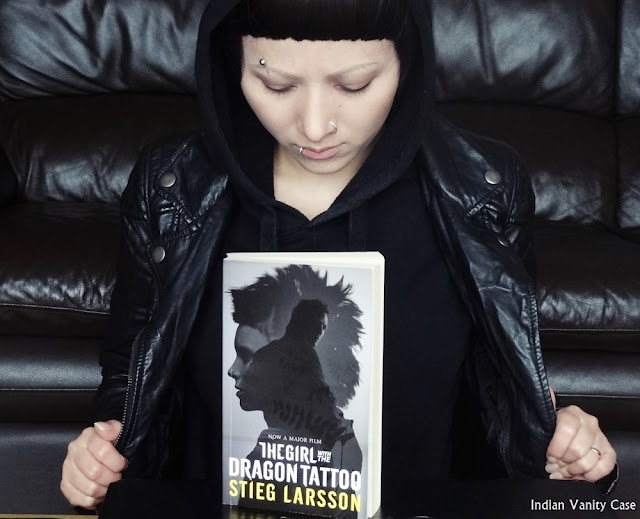 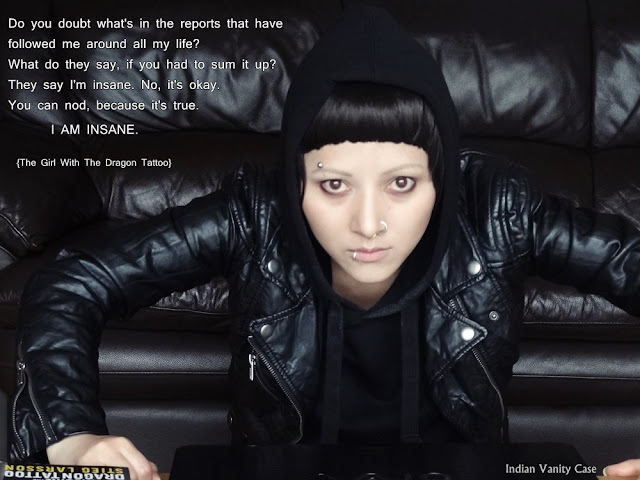 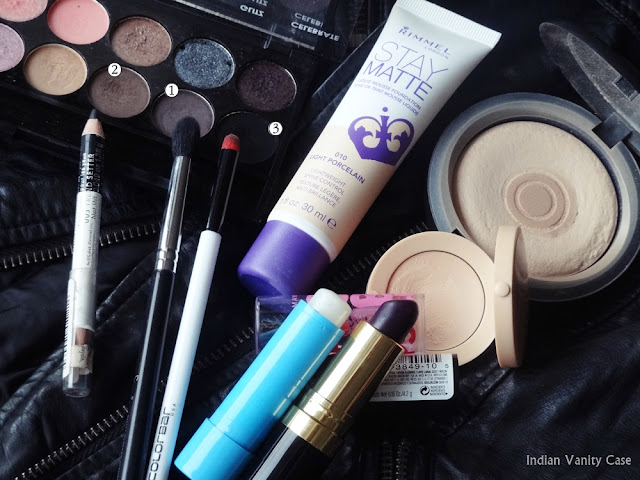 Rimmel Stay Matte Foundation in Light Porcelain #010. I picked this pale shade just for this look. This foundation is really very matte.
MAC MSF Natural Powder.
Brown e/s to contour nose. I made it look shorter and flatter. Used same e/s to contour under cheekbones.

If you want to look more Rocker Chic with dark smokey eyes, I did a tutorial here


Brows: Lisbeth had bleached eyebrows in the movie. I used Bourjois Happy Light Concealer & then brushed Collection Lasting Perfection Concealer Medium on top. They looked lighter off camera, now I think I should spent more time lightening them more =\

Lips: I applied Maybelline Baby Lips Hydrate, blotted it, then concealed edges with Bourjois Happy Light Concealer #21 and then dabbed a very tiny amount of Revlon Va Va Violet Lipstick on the center of lips to give them a little bit of life. 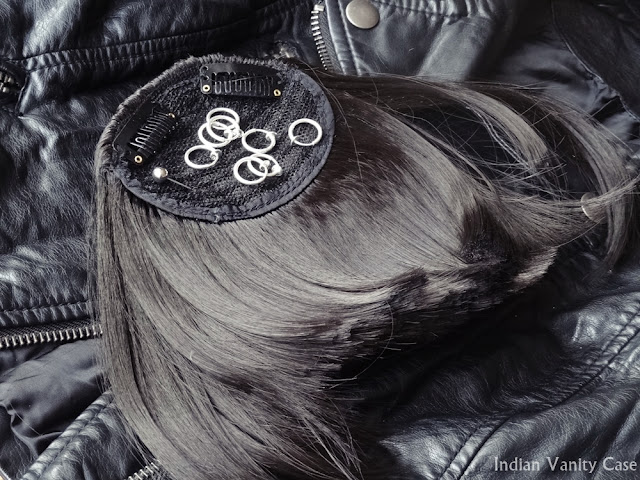 Hair: I just tied my hair in a high ponytail, then I clipped the Fringe at the crown, higher up so it looks short. 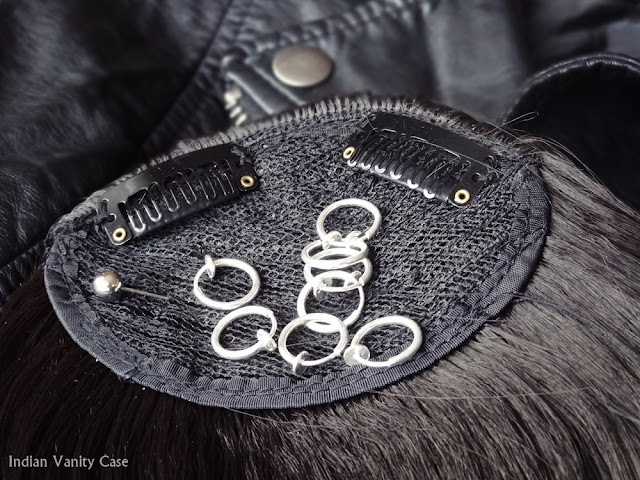 Clip on nose rings from Ebay. You simply push the round thingy and they open. | Eyebrow ring is an earring. I looked and looked for stick on eyebrow barbells or chain. I was this close to cutting the silver balls from the drain blocker in out bathtub...hehe. I do have a necklace with silver balls that I could cut, but it's in India.

Clothes: Mr.CZ's Black sweatshirt.  | H&M Leather Biker Jacket | If you plan to dress up like Lisbeth on Halloween, just complete the look with black skinny jeans & black kicks (those ankle length sneaker type shoes.) If you can ride a bike, even better. Your better half can dress up like Batman or Superman and he can sit behind you =D 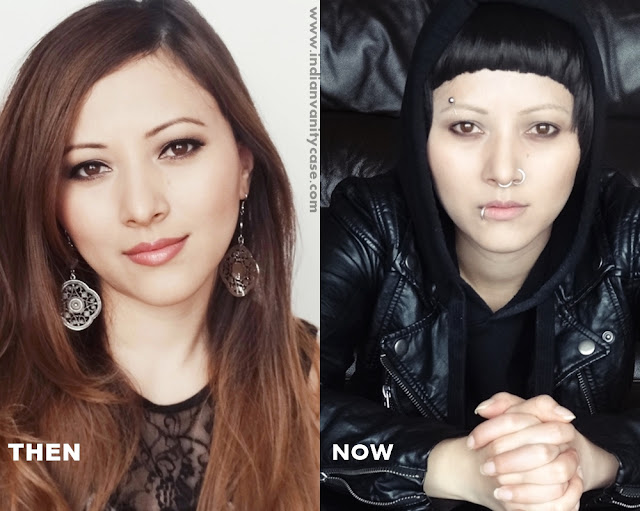 Sometimes we forget that there are women who have a different idea of "PRETTY", who feel beautiful dressing up in a way that's different, who don't want to look like a doll, who don't try to squeeze themselves into that unwelcoming man-made box of "PERFECTION".  There's just something so carefree & honest about that.

I hope you liked this transformation. You know, I thought about doing this look since last year. I got the clip on fringe especially for it. But it took time for me to get the other accessories. The nose rings also came early this year, but then there's the eyebrow ring.  In between, I used the fringe for my Veronica Lodge look here


I think the movie did full justice to the book. I choked up and wanted to cry during that scene. 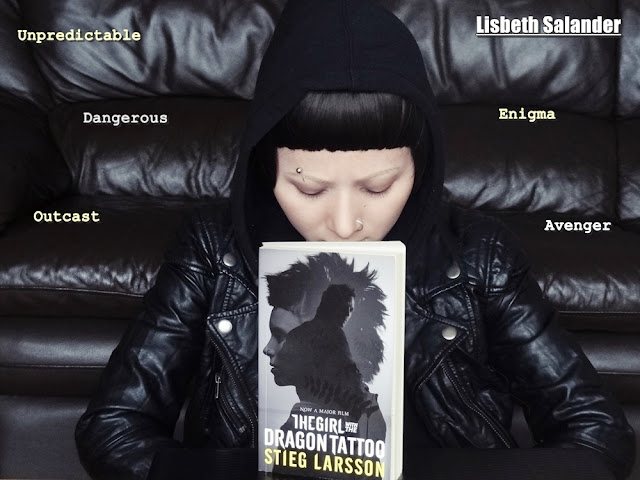