August was not only our Blogversary month, but it's also our wedding anniversary month ~ 30th & 31st, because we had 2 ceremonies. We decided to go out and celebrate it on the the 31st, Saturday. Before I tell you a story about that night, let's take a look at my beauty favorites first: 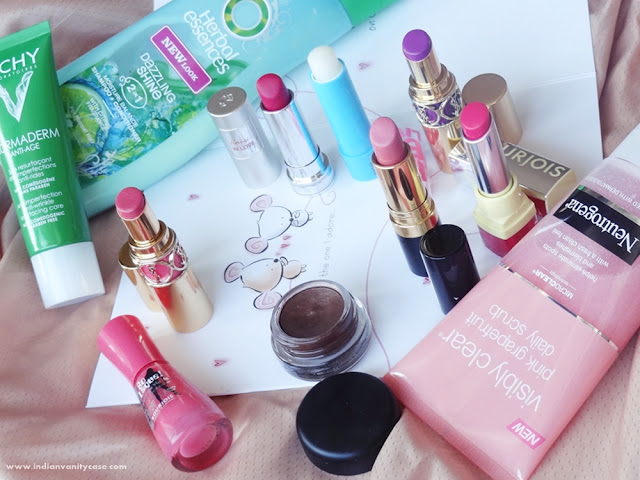 I'll start with all the makeup (clockwise): 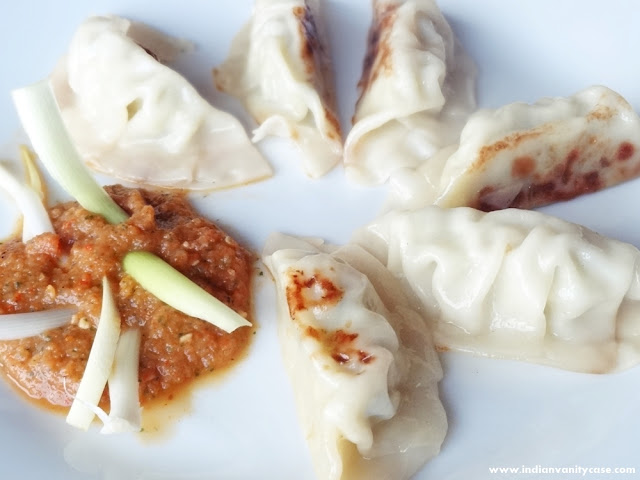 Japanese Gyoza ~ In simple words, momos. I found these in a Chinese supermarket called Matthew's. They come in a packet, frozen. You fry them in a little bit of oil for 2 mins, then add a cup of water and boil them for 5 mins. Tada! Best momos ever! I'm told by the cashier at the supermarket that they're very popular, and some people order boxes. I know, maybe I should get a box next time - this weekend. 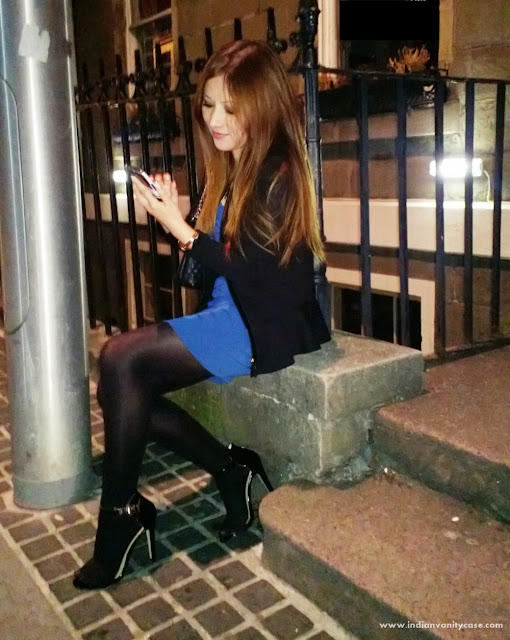 Nightclub Story: So we were standing and dancing in one corner near the bar, and this tall, probably Scottish, blonde-ish guy came up to us. He looked quite well-dressed in jeans and a black blazer, sporty-looking, you know, like one of those popular high school football players- taller & less good-looking than John Tucker. He said something in Mr.CZ's ears, because it was very loud. It took me a while to hear their conversation.

I just stood there, amused and puzzled. Still un-hugged Guy turned to me, and said: "Is he a good hugger?"

Me: "Yes. He is.", I nodded and smiled.
Guy to Mr.CZ: "Okay then, prove that you're a good hugger!", he spread his arms wider, looking convinced that my husband was going to sink into them gratefully.

My husband didn't. Then Guy laughed and waved excitedly at his friend, who was standing behind me. Is it some kind of bet? I thought to myself, after I'd turned around to take a look at his friend, who, not only looked very similar to Guy, but was also clad in jeans and a blazer.

Me to Guy: "Why? Why does he need to prove it to you?", I asked him. Not rudely, but we didn't find his pushiness funny anymore.

It wasn't a friendly vibe I was getting from him, it was more of a cocky vibe. Who wants to hug that?

It was strange because:
One: He looked straight. I don't care if he's otherwise.
Two: He didn't look drunk.
Three: Strange guy in nightclub randomly asking for a hug from another guy. Imagine you didn't know me, and I came up to you and did the same thing. I ask your husband "Is she a good hugger?", and I demand you prove to me that you are.

I don't remember at which point he went away, but he did. I remember him laughing and saying sorry sorry from behind me a little while later. At that point, I could only feel my feet dying, and  just wanted to go home.


I Instagrammed a video from the club, so if you want to see it - make sure you have earphones on if you're in office, and you turn the volume down because it's LOUD.


While we're talking about InstaVideos, I also did one for shoes, mostly the ones I got in August.....

Good Day!
If you read the nightclub story, why do you think Guy wanted to be hugged?
Btw, I actually googled "stranger asking for hug", and I think maybe he took that thing that makes people want to hug.

[Hope you have entered my 4th Blogversay Giveaway. Check the Rafflecopter form, because I added some extra points.]