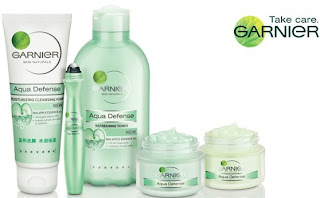 This range is made with grape water, apple water and natural vitamin E. I think it is Garnier's best so far, in my opinion.
These are the 3 products I'm using: 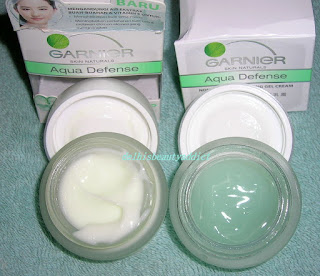 These two are quite similar, except that the gel cream is creamier and thicker. But if I had to pick just one out of the two, I'd pick the Essence. I absolutely ♥ it! Here's why-->

I only hope they launch this range in India too, because the Essence is becoming my holy grail "right after cleansing" product. Actually, I thought of buying two jars of the essence instead of the cream at first, but decided to make a wiser decision. NOT!!!

Don't get me wrong, the cream is nice too. It's just that I've fallen in ♥ with the essence. 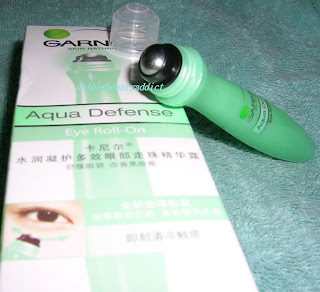 .
Eye Roll-on - It feels good to roll a cooling ball around my sensitive eyes that always sting, but that feeling doesn't last for long. I can live without it, to be honest. Because, apart from moisturizing my eyes and cooling them for a minute, I don't see any difference in their appearance.

***DO try the Essence girls and boys ('coz it feels good after shaving too.) I bet you'll love it!

Email ThisBlogThis!Share to TwitterShare to FacebookShare to Pinterest
Labels: Garnier